Chamomile softens, soothes and relaxes. A tried and tested remedy in times of stress.

Due to the anti-inflammatory properties of the oil in chamomile, the use of this plant as a medicine has been popular for centuries. Chamomile is often used in case of stomach and intestinal complaints and as a sleep aid.

How does chamomile tea taste? As the name Chamomile implies, Chamomile tea has soft notes of apple and flowers, with the sweetness of honey. Although Chamomile is sweet by itself, Chamomile tea is also delicious with a spoonful of (Amsterdam) honey.

Yes, we can say plainly here that chamomile tea is healthy for both children and adults. The medicinal properties of chamomile have been known since time immemorial. It contains many vitamins, minerals, flavoids, oils and acids that have a beneficial effect on health.

How do you make chamomile tea?

The dried chamomile blossoms can be used to make tea. The chamomile plant is found almost throughout Europe. The annual plant flowers from May to September. The plant is harvested and dried in its entirety. Then the blossoms are picked with a short piece of stem.

Is chamomile tea good for digestion?

Chamomile is known for being versatile. It can be used both externally and internally and is suitable for young and old. For example, it is a renowned remedy in case of flu and colds as it is anti-inflammatory, antipyretic and has antibacterial properties.

Chamomile has an anti-inflammatory effect on the mucous membranes of the digestive system and is active against both harmful fungi and bacteria. In addition, it soothes stomach and abdominal cramps and counteracts nausea. Chamomile also has stomach-strengthening, digestive and appetite-stimulating qualities. It also eliminates gas in the stomach and intestines.

Besides a beneficial effect on the gastrointestinal tract, chamomile also has a calming effect. Chamomile is a sedative. It reduces restlessness, stress and irritability and soothes irritation, anger or fear. Chamomile is also often used in cases of insomnia and tension headaches as it is sleep-inducing and nerve-stimulating.

Due to its anti-inflammatory and antibacterial properties, chamomile (by rinsing or gargling with chamomile tea) can also be used in case of gum disease, oral mucosal inflammation, canker sore, sore throat and teething.

By steaming with chamomile tea and inhaling the vapors, chamomile can also provide relief in cases of sinus and sinus infections, colds, bronchitis and hay fever. 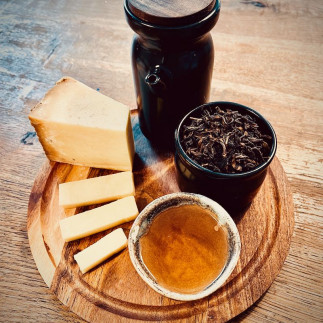 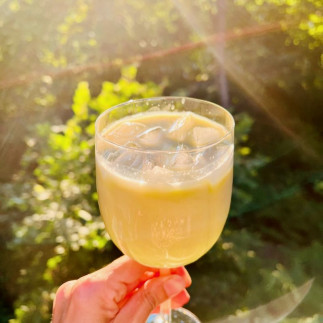